Aaron Regunberg's callous and dangerous response to the NRA

Below is Aaron Regunberg's truly ignorant response to the 2018 Rhode Island Candidate Questionnaire from the NRA.  Regunberg represents House District 4 in Providence and illustrates how grave a threat the present political leadership in our state is to you and your loved ones.

Do such people actually believe that criminals will not break the law in order to acquire the most deadly means of committing murder?

OR, is rendering the most vulnerable in our society more and more defenseless against a predator simply the price of their boundless appetite for power?

No one can claim to know what is in the hearts and minds of others, so the answer will never be known but it is clear there are only two reasons for such a position:

It is either one or the other.  You decide: 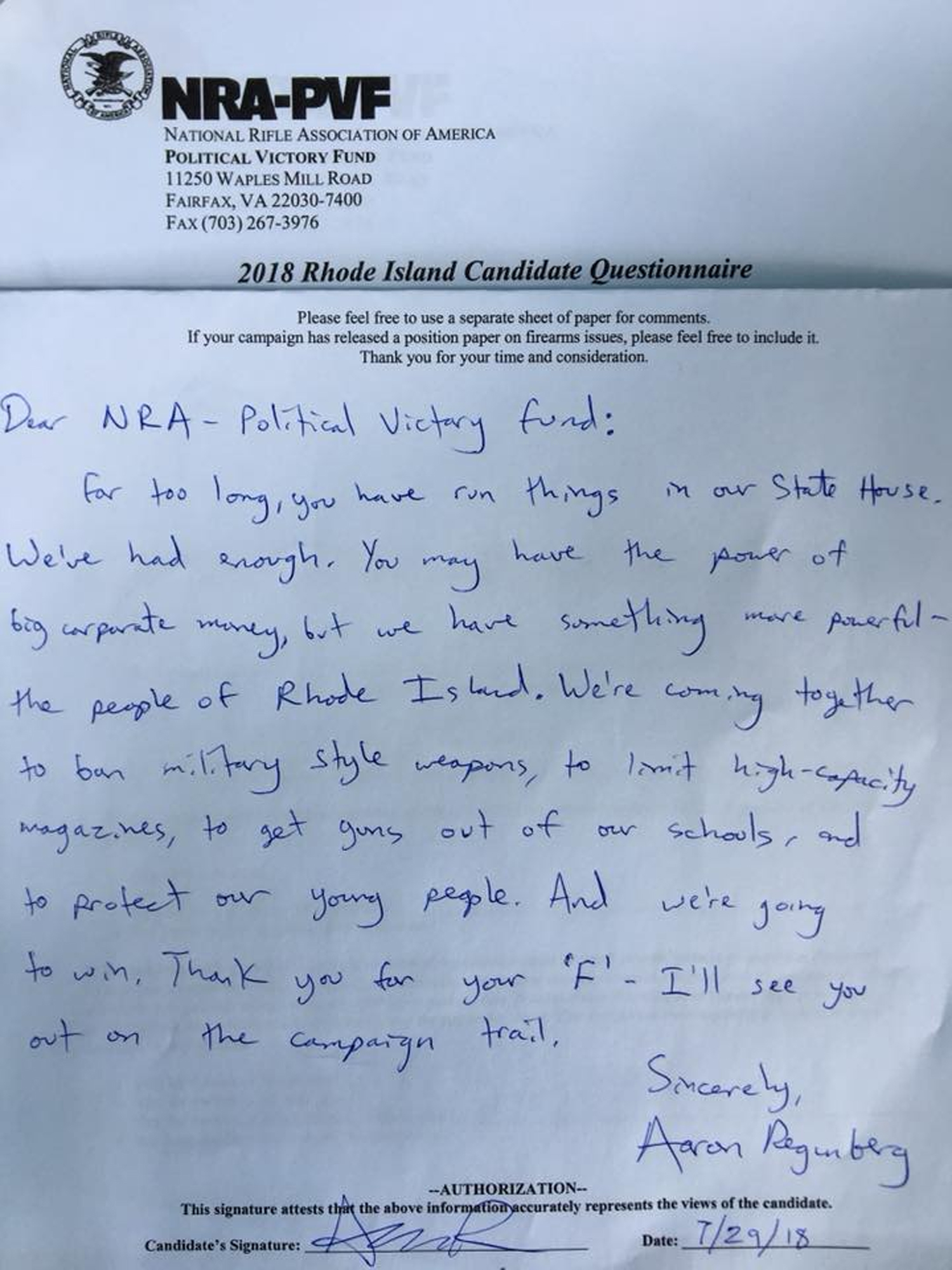 . . . So savages intent on committing mayhem will have a deadly advantage over innocent citizens?!

. . . So those most vulnerable among us must be at an even greater disadvantage while violent criminals rape or beat them?!

. . . So our children remain helpless against a crazed killer, because the adults who teach and are responsible for them are forcibly disarmed?!

. . . By calling the police and waiting helplessly while countless children are murdered?!

All Americans regardless of race, creed, gender, or sexual orientation deserve the obvious, natural, and God-given right to self defense.  If you are one of the millions of Americans who recognize that when certain firearms are outlawed, only outlaws will have them, please help the RI Self Defense Alliance defeat the dangerous and ignorant policies of Regunberg and so many others in the General Assembly.

Politicians such as Regunberg, and the others listed by the RISDA as enemies of the Second Amendment in Rhode Island, care far more about nonsensical pleas to emotion simply to expand the power they crave than the safety of your family.

This can only stop when they are removed from office, and the RISDA is focused solely on achieving this goal.